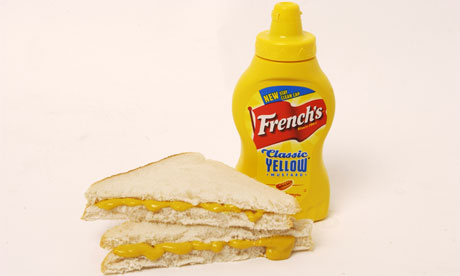 The blog I wrote yesterday, “She’s a Beauty”, came on like a fever. I had to write it. I woke up with the thoughts needing to be come out. Like labor pains, it couldn’t be avoided or delayed, I just had to sit down and write.

Then, unlike most of my blog posts, I shared it on social media and it received a fair amount of responses. People understood what I was trying to say and many of them had their own stories to contribute – whether in the comments or by private message. I knew many would resonate with what I was saying about the endless battle so many of us face with loving/hating our bodies, but I wasn’t prepared to see even some of my friends whom I think are so thin and couldn’t possibly have body issues also resonating with what I wrote. It just further underscores my point: we are all so messed up about food and body image!

It felt good because earlier that morning I had been battling with the idea of starting another diet, but instead of giving any energy to that idea, I battled it: I wrote about it, declared my opposition to it, and then went and ate what I wanted to eat yesterday without another thought about it. No obsessing, no measuring, no tracking. I decided to have a great day yesterday at the weight I am at. I did everything and put off nothing until I lost a few pounds.

While I was running this morning, I had a vision of all the scales, fitbits, calorie-tracking apps, weight-loss books, diet pills, shakes, everything the diet industry tries to sell us being sucked down a giant vacuous hole. I imagined what the world would be like if there were no more Weight Watchers, Nutrisystem, Jennie Craig…if all of it just disappeared along with all before and after pictures, Tab soda, and rice cakes. The world would miss none of it, and in fact, would feel so much more free.

And then in that same vision, I imagined if I got back every bit of time I ever invested in thinking about weight loss: all the time I spent planning the next diet, counting calories, weighing whether or not to eat something, weighing actual food items, entering calorie counts in a little notebook or an app, looking at my fitbit, reading weight loss books, reading weight loss stories in magazines or on the internet, feeling bad about myself for how much I currently weighed, and all the time I was forced to listen to cruel people make remarks about my weight when I was in elementary school and junior high. What if I could have back the time I wasted trying to find clothes that actually fit me when I wanted to shop in the stores the other girls shopped in back in the 1980’s? Imagine if I could get a refund on the time I spent trying to burn off the calories – all those miles around the track, all those hours on the stairmaster, every minute I spent at the gym out of self-hatred instead of self-love? I figure the first 30-40 minutes of most of my workouts exist because working out makes me feel good,  and if it goes much beyond that it is usually to punish myself for past transgressions or make up for future ones. What if I could have all that time back?

And the money! The money I spent buying food I hated, another exercise DVD, another book, another pedometer, another plan – what if I could have all of it back?

I would likely be ten years younger and ten thousand dollars richer.

And that is a modest estimation.

My first diet: For many years, since very early elementary, I had been bullied because of my weight. I was lucky I also had good friends, but it’s hard to describe how incessantly I faced name-calling and harassment because of my size. There were certain ‘mean kids’ I tried my hardest to avoid, but they were everywhere. The worst part was that this was before schools started cracking down on bullying and so most of the time the bullies were not punished and I just accepted it was all my fault. I slinked around the edges of the hallways and classrooms trying not to be noticed too much – because if I was noticed, I was so often ridiculed. When the meanest, most consistent bully of all ended up sitting behind me in eighth grade Algebra class, each day was torture. I think I ended up hating math mostly because of him. Every day he hissed insults at me and made me the butt of his jokes to his friends sitting near us.

In retrospect, how I wish I had simply asked the teacher if I could be moved to a new seat – but like I said, I blamed myself. Wasn’t it my fault for being too big, taking up too much space, existing? If I could just magically shrink and be able to wear those cute little jeans and sweaters my classmates wore, everything would be fine.

My mom knew how miserable I was. I talked about wanting to diet and she gave me a list she had gotten from the doctor of the calorie amounts of about 500 different foods. The doctor intended it for my dad since my father had gained a lot of weight in recent years, but I took that list and made it my bible. That whole summer, I ate no more than 1200 calories a day (usually far less) and exercised like it was my job. Mom bought me a little red track suit I wore as I starved and sweated. I lost weight. I laid in bed at night dreaming up elaborate fantasies of the reactions of my friends when they saw me again.

And it was as glorious as I knew it would be. People could hardly recognize me with my new figure that was still slowly shrinking and mom bought me some new clothes, too. It seemed everyone in the entire school needed to comment on my weight loss and suddenly the mean kids were mute around me. They weren’t outwardly friendly to me, but at least they weren’t being vicious mean anymore.

It was like a match to dry grass then, the way I took to dieting. To finally feel acceptable, pretty, even admired – there was nothing as intoxicating as that. I kicked the weight-loss efforts into beast mode. I was having a small nutrition shake for breakfast, a mustard sandwich (because mustard has no calories) for lunch, and maybe a few saltines and chicken noodle soup for supper.   I savored each bite, trying to make my meager meals last as long as I possibly could. I had an exercise routine I followed religiously after school for two hours: jumping rope, ‘toning’ exercises, situps, repeat, repeat, repeat.

It was all very satisfying for a while. I could ignore the hunger pains because the scale was heading in the ‘right’ direction and at the end of all my hard work I was going to look just like the models in the magazines and never have to worry about food or insults or fat ever again. It’s amazing what a person can do with the promise of something like that shining like a beacon out in front of you.

Except it was a false promise.

I did shrink and I got down to the size of my friends, but life wasn’t magically perfect. I was still shy and kind of a dork, just a thinner one. And then, on top of that, I was still SO HUNGRY! I was hungry to my core. I was so hungry that I felt on-edge, jittery, and weak all at the same time. I tried mightily to hold on to the starving, the small amount of calories I was ingesting each day, but eventually biology won out over self-control, and the binging began. Diet #1 over. A lifelong rollercoaster of weight-loss, weight-gain, and mental turmoil only just begun.

That is what is so maddening about it all when I look back over my journey with dieting – the promise was false.

While all along my body had been running perfectly, trying to tell me what it needed and to settle at a weight pleasing to it, I battled it in return. I believed what media and friends and ‘health experts’ and everyone else told me and promised me rather than just listening to what my body needed.  How else was my body supposed to respond to my starving it, except to binge?

I won’t get all the time, energy, and money back that I lost to the diet industry. It’s gone forever. And while I have always said I have very few regrets in this life, I am coming to understand that this loss is something I regret. I grieve for the girl I was who lost herself in the morass of diet culture.

But I am thankful for the woman I am who is finding my way out.

When You Were Young

You sit there in your heartache
Waiting on some beautiful boy to
To save your from your old ways
You play forgiveness
Watch it now, here he comes

Can we climb this mountain
I don’t know
Higher now than ever before
I know we can make it if we take it slow
Let’s take it easy
Easy now, watch it go

They say the devil’s water, it ain’t so sweet
You don’t have to drink right now
But you can dip your feet
Every once in a little while

You sit there in your heartache
Waiting on some beautiful boy to
To save you from your old ways
You play forgiveness
Watch it now, here he comes