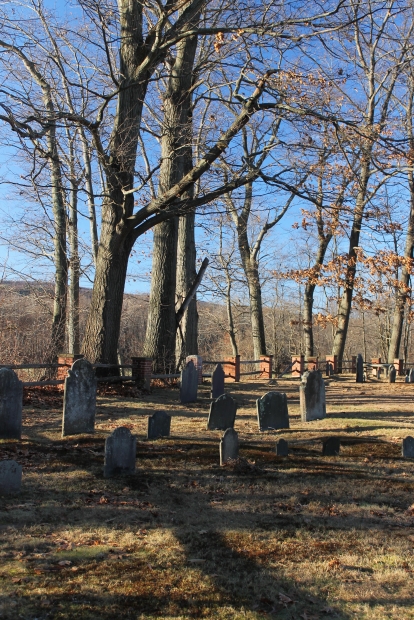 (Written on the eve of All Saints, 2013)
Last night some of the youth from Our Savior’s and Trinity and St. Olaf’s met here for a cemetery walk.  We had done this before a couple years ago – it’s an opportunity to come together and learn more about the cemeteries here in this area and since it was right before All Saints Sunday we talked about the significance of that day.

Pastor Joan from Cranfills Gap shared a clip of the movie ‘Places in the Heart’.  It takes place in Waxahachie, Texas and tells the story of a group of people during the 1930’s.  The movie starts out with the hymn “Blessed Assurance” being sung and we see people going about their daily lives on a Sunday morning.  Many coming out of church after the service.  A family sits down to a noontime meal and while they are saying grace we hear shots ringing out.  Within moments, there is a knock at the door and the men at the door are asking for the husband of the family to come with them.  Turns out he is the sheriff in town and there is trouble down by the railroad.  A young black man – looks to be a teenager – he is drunk and throwing bottles up into the air and shooting at them.

There is a brief, good-natured exchange between the police and the young man.  They tell him to come on now – he needs to come with them, get sobered up.  The feel of the scene is that these are just two good policemen who know a youthful indiscretion when they see it  – they are chuckling as he throws one last bottle up into the air and the gun clicks – out of bullets. And the young man turns to go with them.  He’s been swaying a lot this whole time – you can tell he’s had a lot to drink – but there’s no worries now, the gun is out of bullets.  But as he turns, his finger hits the trigger again and there was another bullet.  It hits the sheriff in the chest and kills him.

In a heartbeat everything changes – for the family of the sheriff, for the young man – the young black man is actually killed by local folks enraged at what he has done.

The whole movie shares hardships of the people during this time –what the widow does to get by, how many need to move away from that town to find work, how more folks die.  It tells the story of the difficulties and challenges that many communities face over time. And the closing scene is back in the church.  The pews are probably only about half full now.  We know why – so many have died, so many have had to move away.

But the last thing is this: it shows the congregation having communion – and this is one of those churches where the sacrament is passed up and down the pews – and as the tray of wine is being passed from person to person, suddenly we see the pews are not half empty.  All the people who have left or died are there.  All of them passing the sacrament to each other and saying “the peace of God” to each other as they do it – even that sheriff and the young man who had killed him.

The communion of the saints.  I thought this movie painted a picture so perfectly of what we mean when we talk about that “communion of the saints” in church.  About how our life together and our faith in Christ connects us to each other in ways that time, distance, or even death cannot break.  How when we gather here, we gather not just as the people of God in 2013, but as God’s people throughout time.

Well, after we watched those couple clips from the movie we walked outside into the cool evening air.  We started out in the new cemetery shelter and I shared what I had read about in our history here regarding old funeral traditions and our cemetery.  As we moved out into the cemetery and walked among the stones in the increasing darkness, I told some stories I had collected about the cemetery and when we were nearly done and walking toward the gate, I heard one of the young girls say to her friend, “I hate cemeteries.  They give me the creeps.” She continued.  “Cemeteries and nursing homes.”

Please don’t think less of me when I say my first inclination was to turn around and slap her – because I didn’t.  Instead, I prayed that God could help her see in time, and I’m certain God will, that the sacred that is present everywhere – in every season of life and even in death.  I prayed that someday, when someone she loves is in the nursing home, that she will be faithful to visit and begin to see and understand that it is a place full of beautiful people with lifetimes of stories we are blessed if we get to hear.  And that even if they aren’t able to tell those stories anymore, that they are still the saints of God in that place, with worth and beauty and dignity. I hope she’ll begin to realize that what she hates is not nursing homes but the fear they stir up within her of her own mortality – that yes, someday, all of us – if we get the blessing of living a long time, someday all of us will need help.  Someday all of us will have hands that may tremble a little too much to take our own medications.  Someday, all of us will have minds that may not quite be able to remember the way home or be able to go for a simple walk alone.  And yes, that is not fun information to think about, but there it is.  And we don’t do ourselves or the world any good if we spend our lives doing things like casually dismissing an entire group of people and saying things like “oh, I just don’t like nursing homes.” And that if we are held in God’s hands, then there is nothing to fear – that somehow God will help all of us through the last seasons of our lives just as God helped us through the first ones and the middle ones.

And I hope that someday, when someone she loves dies, she’ll go to the funeral and then she’ll walk along with the casket, with her heart frozen inside her, out to the cemetery for the burial.  And she’ll feel the awful emptiness that comes with knowing her loved one will be sleeping in that ground that night and that’s all there is to it.  And it will feel like the period at the end of a sentence – final.  But then I pray she’ll listen to the words of scripture that the preacher reads. Words about a home prepared for all of us in God’s house – and that even through her grief – as the breeze floats over the cemetery she hear God’s whisper that this isn’t the end of the story.  That the one she loves dearly who is being buried that day is not simply being shut up in a tomb and that the ground upon which she is walking is not just a pile of bones and tears – but that it is a holy place where we linger over a promise.  It is a place full of stories of a thousand saints who lived, and yes, died, but even then God had a plan for them.  A plan we can only just glimpse – but one they have now seen face to face – and that if you really listen in that place, you’ll hear a song not of death but of hope – a hope in which we can rest, and rejoice.  I pray she’ll realize in that moment, that what she hates is not cemeteries, but her fear of the unknown. And that in time she’ll remember that she, and all of us, are held in God’s hands, and there is nothing to fear.

Living and loving God, the generations rise and pass away before you.  You are the strength of those who labor; you are the rest of the blessed dead. We rejoice in the company of your saints.  We remember all who have lived in faith, all who have peacefully died, and especially those most dear to us who rest in you.  Give us in time our portion with those who have trusted in you and have striven to do your holy will. To your name, with the Church on earth and the Church in heaven, we ascribe all honor and glory, now and forever.  Amen.