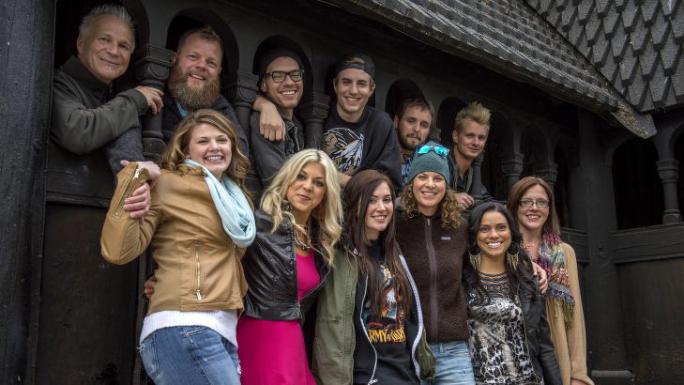 I meant to write many detailed posts about the time with Alt for Norge but I got derailed along the way. Now nearly two years have passed since I found out I would be going to Norway to be on the show.  Let’s see how much I can remember about the press photo day.

We woke up and had breakfast and dressed in the clothes that they asked us to wear. They asked me to wear a tan sweater and colorful scarf I had worn for my interview in Chicago and they said they would provide a pastor robe and stole for me to wear for some of our photographs.  It was obvious that they wanted each of us to look a certain way for the publicity photos.  When we got to TV Norge, we each went to makeup and hair and that was fun.  Brita brought over a pastor robe and stole they had found – and the color of the stole was even liturgically correct for the church season we were in!  Church-geek bonus!  🙂

For a long time we took turns posing for pictures – alone, in pairs, and in groups.  It was very nice. Then, we went over to the Folk Museum where more pictures were taken. They also took the film footage for the opening of the show.  I couldn’t wait to see how it would all turn out. When we weren’t posing or being interviewed, we were talking with each other or eating the delicious refreshments they set out for us in one of the buildings.The wind was starting to pick up and it was a little chilly and then it got really very cold. Finally, we went back to the hotel and had another great meal.

Already by this time I remember thinking how much I genuinely liked everyone in the group.  There was a wide variety of personalities but a real camaraderie was developing and I was so glad to get to know each of those people in the cast and all the people on the crew and the producers.  It felt so nice to be a part of something so cool and FUN!  I love my life as a pastor and wife and mom, but I hadn’t done something so carefree in a very long time.  I loved being told what to wear and when to show up and when to go to bed! I loved having food placed in front of me and not having to cook it. Each day was exciting and good…and there was much more to come. 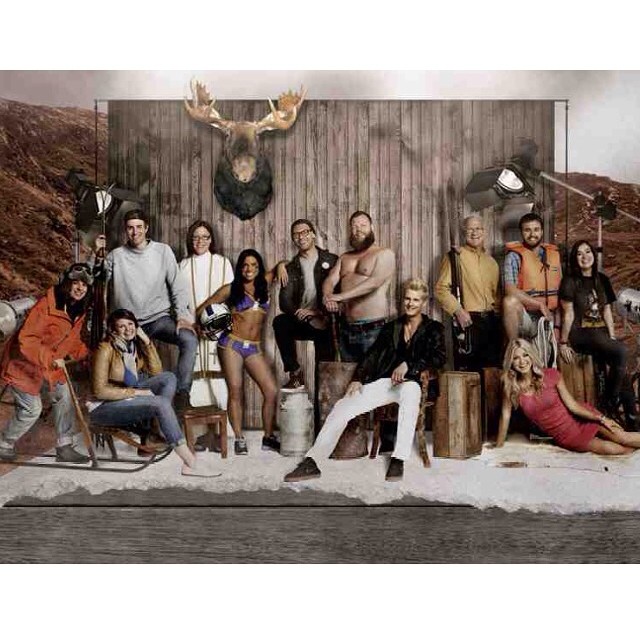